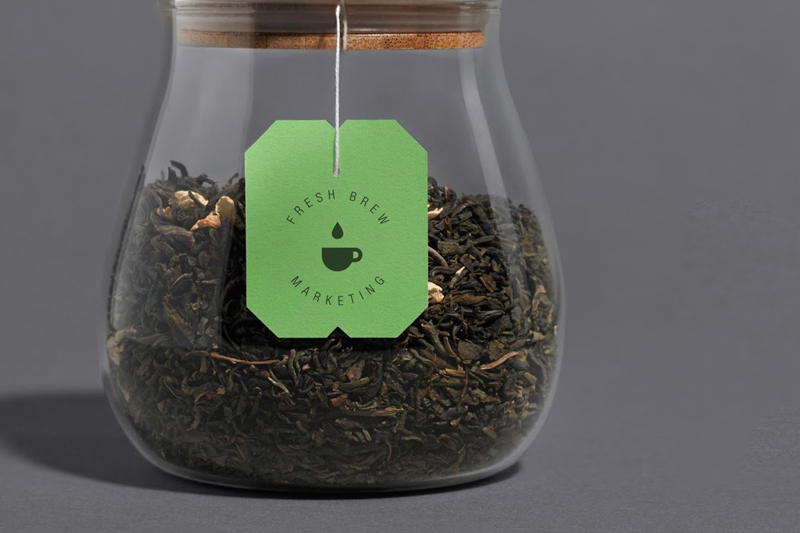 You may have noticed a recent change in our look and feel – and it’s all thanks to the incredible designer Daniel Warburton, from World Wide Warb. An incredibly talented designer who has provided designs for a number of music industry greats, independent UK businesses and more, Daniel was hired to give Fresh Brew Marketing a new look and feel. And do that, he did, beautifully.

With our existing brand in tact, Daniel took our vision and clarified, simplified, perfected it even more. Introducing a different look and feel which represented us well, but still maintaining what we stood for, was what made Daniel’s design perfectly suited to our business.

And how chuffed are we to be able to sit within his profile, alongside other designs for Bonobo, Coffee Shop rebrands and more.

You’ve truly done us proud, Daniel. And what an honour it is to work with you.

Have a look at our feature on the World Wide Warb portfolio, here.

Antiquated, rogue selling techniques and why they need to disappear.

You cannot blame me for thinking I was on an episode of Rogue Traders or Candid Camera with the way that this company behaved last night, leaving me waiting for a team to jump out behind my sideboard and grandfather clock, yelling, “SURPRISE! WE GOT YOU!”.

Actually, between wanting to burst out laughing at the ludicrous sales technique, and the disdain I felt at the unproffessional behaviour of a consultant quoting us on insulation for our conservatory, I wasn’t quite sure how to interpret the situation.

We have a conservatory built onto our house. This fine specimen is the classic ‘freeze-in-winter-melt-in-summer’ room that leaves us enjoying it’s ambience for a very limited time of the year.  So, to solve the dilemma, I request a quote from a Manchester-based conservatory insulation company. They’re nationwide, and can have one of their representatives meet with us whenever it suited us. We agree on last night and so count the day to his arrival and a new living space.

At 7pm on the dot, the doorbell rings. I open it. Here’s the interchange:

Me: Hello.
James: Mrs Roberts?
Me: Yes. You must be from the insulation company.
James: Yes.  (at which point he shakes my hand and walks into the house and into the living room).
Me: Sorry, what’s your name?
James: James.  (and continues walking through the house and out to the conservatory).

I follow him into the conservatory and introduce him to Mr. Roberts. James promptly starts to look around, pulls out a chair, sits down, and starts to unpack an ipad, a folder and a notepad.  He asks us a few questions (have we had anyone else out to quote etc. Pretty standard stuff, I thought).

He then starts his pitch.

He’s obviously done this quite a few times before. Its sounds like it. As if robotic, he instructs us to look through the file and pictures. While explaining how they solve all our problems he mentions competitor products and how expensive they are. He then puts an iPad in front of us and instructs us to watch the video, which we do – only because we don’t know how else to behave in this awkward situation. At this point, I start to expect Matt Allwright to pitch up at our house – something just doesn’t sit well.  Torn between sympathy for James (yes, sympathy… “He’s probably struggling, done this so often, it’s nighttime, he’s away from his family etc) and the disgust at the automated presentation of the solution we’re after, I look to Mr Roberts for any sign of direction. He is being his usual patient self and watching the video calmly offering comments here and there. I do catch his eye and he offers a wink.  We’re on the same page.

While we’re watching the video, James promptly gets up and starts to measure the conservatory space. Not really paying much attention to what he’s doing, he returns to the table and starts to scribble a few things down on his notebook.  The video that we’re watching comes to a close, as a sweet old Northern lady tells of the wonderful service and workmanship she’s experienced by this company.  James then does the unthinkable. He shoves his notebook in front of Mr Roberts and I with 2 figures scribbled on it:

Not quite knowing how to react, I read the figures out aloud and try to fill the awkward silence thinking that James, at this point, will probably jump in and explain what this includes.  He doesn’t .

So I do the unthinkable.

I thank him and tell him that we need to think about the figures. We’re not ready to commit to this purchase tonight.

It’s what happens next that leaves Mr Roberts and I dumbfounded.

James promptly starts to pack his bag, puts away the figures (Not leaving the quote with us) and stands up. Trailing behind him, he makes his own way back to the front door, opens it and walks out. I thank him for his time and say goodnight, to which his response, without turning around or shaking my hand, is, “Alright”.

And with that, Elvis left the building.

I don’t consider myself an unreasonable person, and I recognise the debilitating restriction that insecurity brings, but the behaviour I saw in James last night made me furious. He did not offer a business card, or a copy of the quote (scribbled), or enquire a little more about our time frame. He did not want to know our plans and when he should follow up. He simply got the hump, when we said that we weren’t going to commit to the price last night, and walked out.

Please tell me that we don’t STILL, in this day and age, have so-called professional sales people who still behave like this?

I think I need to track James down, and get him to read this blog. To us, he’s the brand. And the way he behaved doesn’t make us want to do business with this brand, at all. Unfortunately, the lasting impression he left us with was an expectation of seeing this company on the next BBC Watchdog episode and James, taking pride of place, armed with his folder, his iPad and his scribbled quotes. 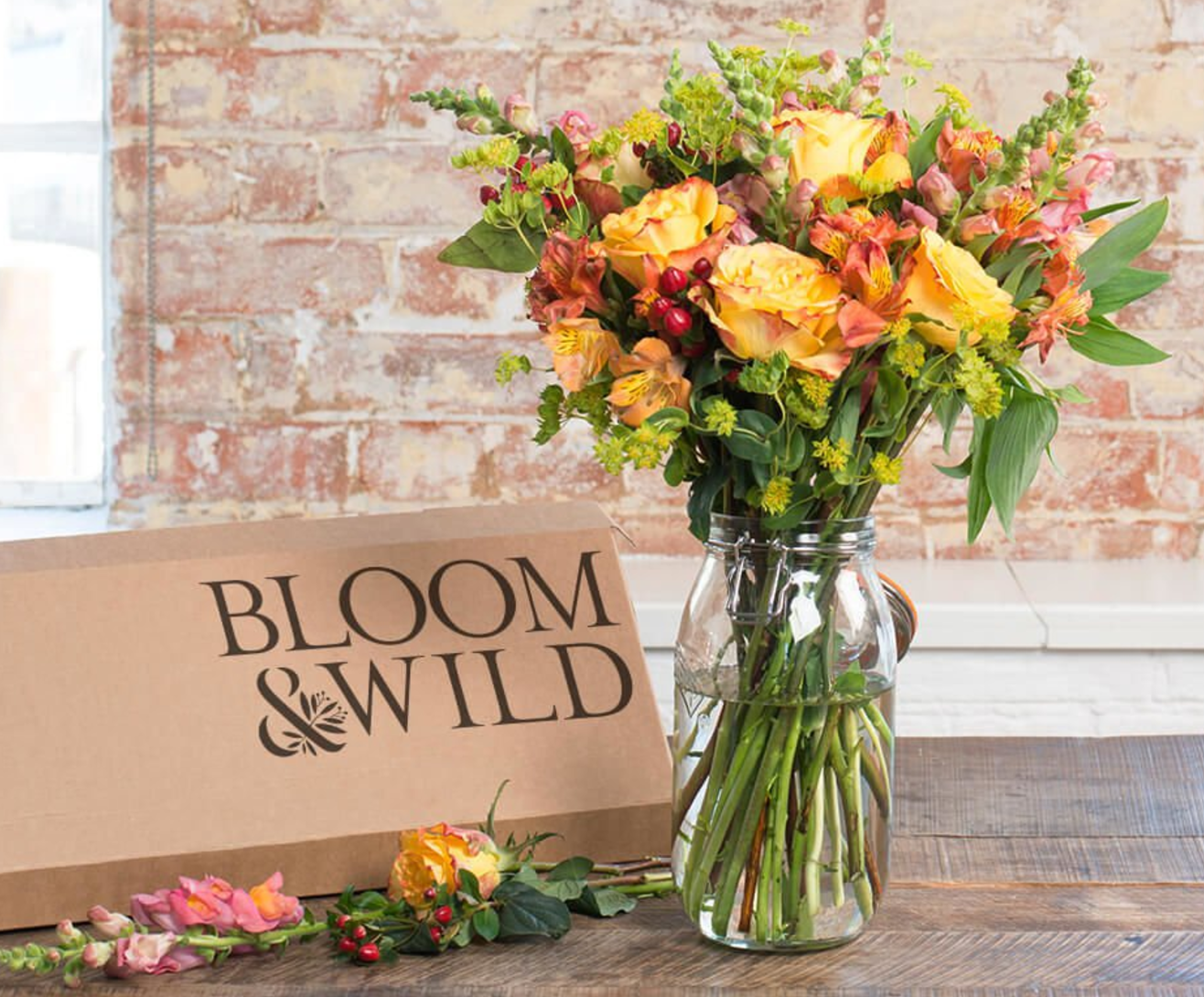 The effect of a good review-requesting email

I am a marketer. So, unlike many others, I actually take the time to read those auto-sent emails and spam messages that somehow land up in my inbox – looking for tips and turn-offs to user or avoid in my own email campaign marketing activities.

And every now and then there’s a gem that lands in my inbox which causes me to pause a little. Such is the case with a recent email I received from Bloom and Wild.

I love to send flowers. I always have. But the one frustrating thing about surprising someone else far away with a bunch of flowers is working out when they’re going to be available to receive them (should they not be office-based where there’s sure to be someone to sign for them).  That was until I discovered Bloom and Wild. A wonderfully efficient way to send flowers straight through a letterbox – without the need for a signature.

So, as a result, I have used them on several occasions.

As most businesses with their presence online would know, getting a customer to review a service is gold-dust which determines improvement of processes and products, showcasing opportunity to other potential customers and just the all-round feel-good pat-on-the-back acknowledgement for a job well done. But sometimes asking for those reviews is a difficult knack that so many of us just don’t get right.

Not Bloom and Wild.

I recently ordered a bunch of flowers through them, and today, 4 days later, I receive the following email. It reads:

I wanted to say a personal thank you for choosing Bloom & Wild. As a young company, we really do appreciate your support.

I hope you and your loved ones have enjoyed your flowers. We would love for more people to hear about us and enjoy our blooms, so I wanted to ask a favour. Would you mind reviewing us on Trustpilot? It only takes a minute, we’d be very grateful and it really would help us spread the word.

If you have any feedback you’d like to share, feel free to email me or call on [number removed by Katy for privacy reasons]. Thank you in advance – your review really helps us and other customers.

Yes – this email is probably automated, and yes, I’m probably not THAT special as the next person – but what I loved most about this was the personal approach to asking for an absolutely valid response from me as the customer.  Lucy obviously understands customer experience and she knows how to be straight-forward about something but polite enough to make the customer (aka, Me) want to take action to help their cause.

Whatever it is – this was a nice touch.

And yes. It worked. I immediately logged into Trustpilot and left my review.

Thanks Lucy for sharing a great customer experience with me.